CHICAGO (April 14)—When close to 10,000 union members rallied on April 9th to support beleaguered public employees in Wisconsin, members of several Illinois UTU locals were right there with them.

“More than 30 of our members showed up at the Illinois Legislative Board office on Michigan Avenue on a Saturday morning, and some of them brought family members with them,” said UTU Illinois Legislative Director Robert W. Guy. “We passed out all the signs and literature we had and then we marched over to the Daley Center and joined the rally.

Guy said the UTU element was not limited to members from the Chicago area.

“We were also joined by UTU Vice President Delbert Strunk, who traveled from Cleveland to be with us, and UTU International Organizer Rich Ross,” Guy said. “Brother Ross was very instrumental in gathering up our materials for the day, and I appreciated him joining us for the festivities.

“I want to also recognize and thank our Legislative Board Office Manager, Tina O’Brien, and Board Vice Chairman John O’Brien for their tireless efforts in getting our day planned and ensuring that we had everything we needed to make the day a success,” Guy said. “Without their efforts we couldn’t have pulled it off.”

Guy called the event “inspiring” and said the size of the turnout, the spring weather and the sense of worker unity turned it from a protest into a celebration of worker solidarity.

“Our members did not cluster together,” Guy said. “We all marched over from the UTU office to the Daley Center together, but once we got there we broke up and mingled with our brothers and sisters from the other unions, and joining with all those strangers to send a common message about worker rights gave all of us a tremendous sense of unity and common purpose.”

The “We Are One” rally was coordinated jointly by the Chicago Federation of Labor and the Illinois AFL-CIO to express solidarity with public employees in Wisconsin who recently were stripped of their collective-bargaining rights by first-term Gov. Scott Walker.

Among those joining the rally were Wisconsin firefighters, police officers and school teachers who lost their collective-bargaining rights under Walker’s controversial initiative.

The Wisconsin delegation was led by State Sen. Chris Larson (D-Milwaukee), who spent three weeks in Chicago during March sleeping on an air mattress in a friend’s apartment when Wisconsin Democrats fled the state to prevent the General Assembly from forming the quorum necessary to pass Walker’s anti-union program.

“All of us were inspired by Sen. Walker’s words and acts,” Guy said. He said, ‘I stand with workers.’ He wasn’t just defending collective bargaining. He was defending the dignity every working person deserves, whether unionized or not.”

Guy said the presence of the UTU workers at the rally sent an important message that the media continue to overlook in their coverage of the events in Wisconsin.

“A lot of the media coverage unfortunately made it seem as if public employees are the only workers represented by unions any more,” he said.

“The sign-carrying UTU employees who appeared at We Are One made it clear that private-sector workers are unionized too—and proud of it. I want to thank all the UTU members who turned out.” 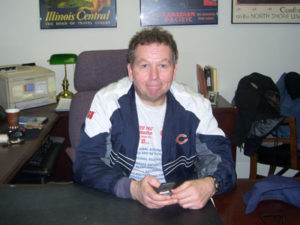 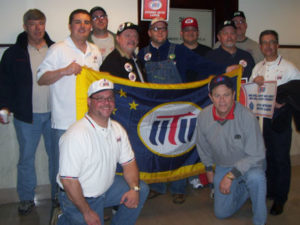 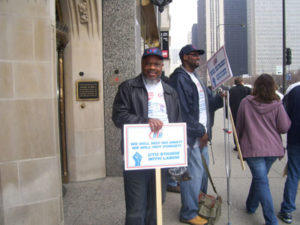 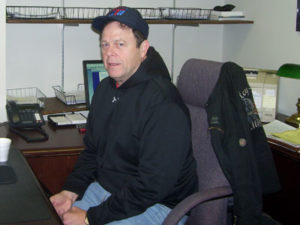 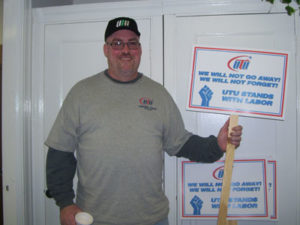 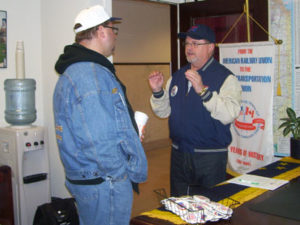 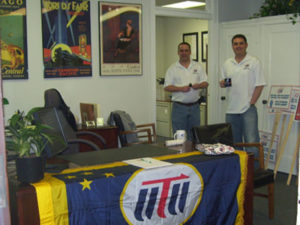 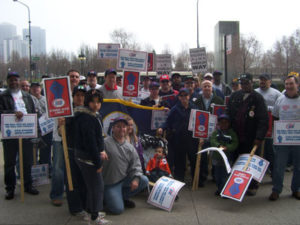 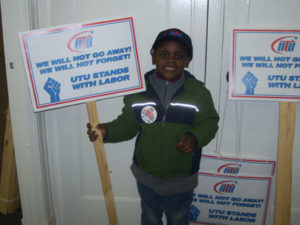 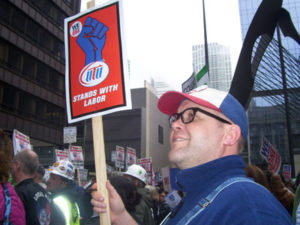 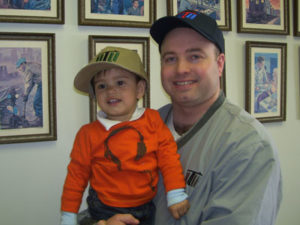